After a lot of preparation and hard work by Lamar Heystek and many others, the SF Mayoral Debate went off smoothly on Saturday, April 21, 2018 at the Crystal Jade Restaurant. This event sponsored by the Civic Leadership USA, was hosted by Asian Inc.

The audience was limited to 200 but the event was video taped and televised in real time on FaceBook. Chinese subtitles will be added to the video tape and will be re-broadcasted and uploaded to YouTube.

Five of the leading Mayoral candidates were invited to the event. The bios of these candidates illustrate how diverse a city is San Francisco.

It was moderated by Robert Handa, a Japanese American.

The debate itself was very informative and many Italian, Jewish, Chinese, Korean and Hong Kong jokes were cracked in a good nature manner making the proceeding lively and entertaining.

While the RMS Titanic left a lasting cultural legacy, the fate of its …
Read the full story at HuffPost

This latest ploy by Donald Trump and his administration to include a question on citizenship in the 2020 census is an attempt to silence the voices of millions of immigrants, including Asian Americans and Pacific Islanders – who are the fastest-growing immigrant group in the United States.

The inclusion of this question is both unnecessary and unconstitutional.  The mandate in the Constitution is to ‘enumerate’ every person in the United States every ten years, not to discriminate between ‘citizens and non-citizens.’ Based on the existing immigration policies of President Trump’s administration, the motive behind this question is clear –to instill fear among all immigrants, many of whom are AAPI.  Regardless of their status – many individuals, out of fear of detention and deportation, will not want to participate in the 2020 census if forced to provide the U.S. government information about their migratory status.

By including this question, the Commerce Department is paving the way for a highly flawed and inaccurate census count that could jeopardize AAPI communities’ representation in Congress and the allocation of critical resources that many AAPI families – citizens and non-citizens alike – rely on.

The AAPI community has enriched our economy and our national culture. As workers, business owners, and consumers, they frequently contribute more than their sheer numbers would suggest. It is estimated that the Asian American community will grow by 143 percent by 2060. That’s why it is imperative that 2020 census be a neutral and apolitical survey – only then can we ensure that our government will be armed with the proper data to make the consequential decisions affecting every single community in the United States.

Democrats will fight this decision tooth and nail to ensure the census remains a fair and neutral means to count all U.S. residents and not a tool for Donald Trump to push his divisive agenda.

On Saturday, March 24, the Nevada Democratic Party worked with the DNC to host the NV AAPI Leadership Summit to engage local grasstops leaders and allies. Members of the community took the opportunity to hear elected officials, including Senator Catherine Cortez Masto, Congresswoman Jacky Rosen, and Majority Leader of the NV Senate Aaron Ford, speak about their legislative and community engagement work to uplift Asian Americans and Pacific Islanders (for example, advocating for benefits for WWII Filipino veterans or interacting more with and supporting Chinese and Korean local small businesses).

In the afternoon, members received political briefings from state party leaders on the work ahead as well as a communications training from Bethany Khan at the Culinary Union, and utilized the remainder of the time to brainstorm voter registration tactics and other organizing strategies to build electoral momentum throughout the summer and fall. 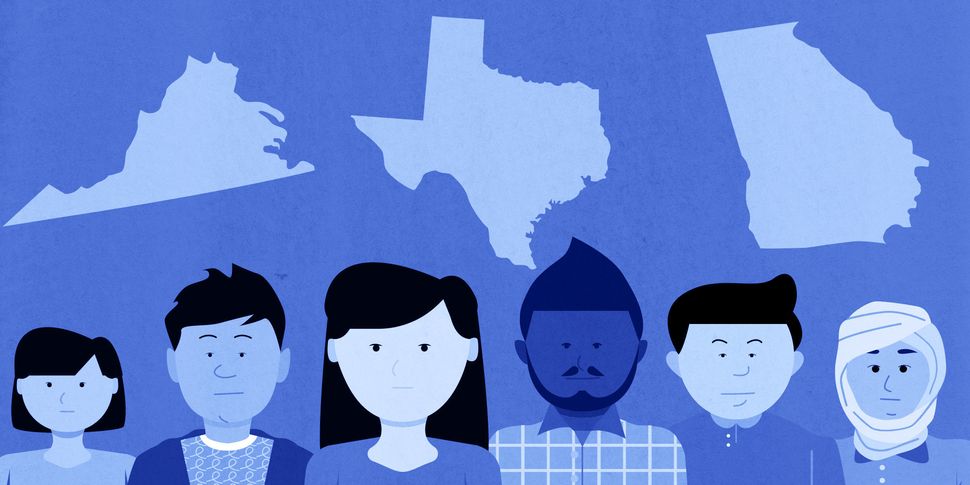 The Asian-American population in the South has grown by 69 percent in 10 years, and now has the power to influence elections, schools and culture.
https://www.huffingtonpost.com/entry/asian-american-growth-south_us_5a948133e4b0699553cb5834